Or so I thought

Whether I was actually ready for fish sort of depends on your particular definition of “ready”. A lot of stuff has happened since I last wrote, I went through many ‘changed my mind’ moments, rethought through things, spent money I needed to, wasted money I shouldn’t have because I was in too much of a rush, and had a couple of humbling moments where I had to stop and admit that I don’t remember as much as I used to know and that I needed to take the time to “relearn”.

Because relearning things is not beneath me, except in my own selfish pride/ego/whatever.

One of the things that’s changed is that on Christmas, I was given a 2 Gallon Fluval SPEC Desktop Glass Aquarium 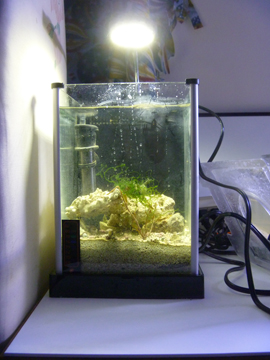 A closer look at what was inside it at the time: 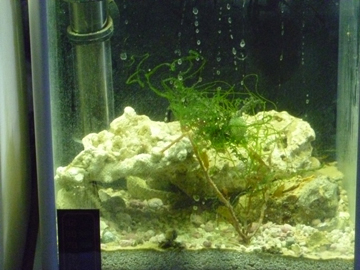 Closer look at the Fluval Spec

The nice thing about the Fluval is that it (like many others) is all built in (minus a heater) and it uses LEDs for lighting.

I keep mine about 76 degrees Fahrenheit so evaporation happens quickly.

I replaced both the betta bowl and the fish bowl with a Aqueon 17755 10 Deluxe Kit Aquarium.

Or at least I would have if I had exercised one iota of sense. No, instead I bought just a tank, then added everything else little by little.

This is what was in my tank.

What a mistake that was. I should have not been in a rush and just saved up the cash. I still need a hood

Now the hood I showed you up there is a nice little florescent hood, but I’m thinking about maybe just a glass or plastic cover and a LED light strip like the Marineland LED Aquarium Light

Anyway, my apologies for making this look more like a sales catalog than a post, but if you need any of that stuff, those are the links that will take you there.

Like I said, I changed a bunch of stuff around and I’ll tell you about that next time.